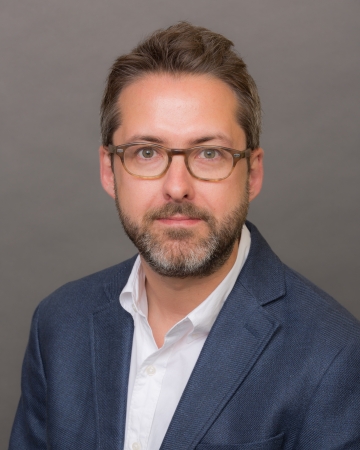 This live Zoom event will be held on Thursday, April 8 at 7:00 p.m. EDT.  This event is free and open to the public. Registration is required.

From the vantage point of the 21st century, the interests of capital seem almost permanently entwined with the modern Republican Party. But in the 20th century, and beginning in the New Deal, a very different relationship played out between businesspeople and the Democratic Party, a relationship that has been buried beneath current Republican calls for limited taxation, austerity, and free markets. From Franklin Roosevelt’s administration to Bill Clinton's generation of New Democrats, Democratic liberals emphasized private sector economic growth as the key to social progress.

“As we look to see whether the centrist or the progressive wing of the Democratic Party will prevail today, Dr. Cebul’s look back at how New Deal Democrats and their successors preserved capitalism will be a timely history lesson,” said Mary Carroll Johansen, professor of History at Holy Family University. “I am thrilled that Dr. Cebul will be the next distinguished historian to speak in a series of lectures by notable and prize-winning historians that Holy Family and Glen Foerd have been sponsoring each semester for almost fifteen years.”

The lecture is part of the Glen Foerd-Holy Family University Speaker Series that showcases topics of area cultural and historical interest. The series invites distinguished speakers for a lecture on a topic in American history from the War of 1812 through the 20th century, which is the period of time interpreted by Glen Foerd on the Delaware, the historic house museum located a few blocks from campus. All lectures are free and open to the public.

Brent Cebul is an Assistant Professor at the University of Pennsylvania and is a scholar of U.S. political history, urban history, and the histories of capitalism, inequality, and political economy. His upcoming book project is tentatively titled Illusions of Progress: Business, Poverty, and Liberalism in the American Century (under contract with the University of Pennsylvania Press).