Remembering the Foundress of the Sisters of the Holy Family of Nazareth, Frances Siedliska (Blessed Mary of Jesus the Good the Shepherd) 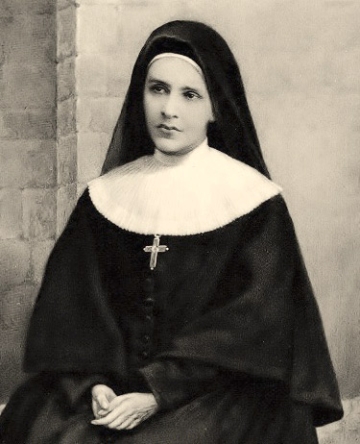 Frances Siedliska (Blessed Mary of Jesus the Good the Shepherd) was born into a wealthy, cultured family at the estate of her parents, Adolph and Cecilia Siedliski, in Roszkowa Wola near Warsaw, Poland, on November 12, 1842. She was educated privately by governesses. Religion came into her life through a zealous Capuchin, Father Leander Lendzian, who prepared her for her the reception of the sacraments of Reconciliation, Holy Communion, and Confirmation. It was on the day of her first Holy Communion that she gave herself completely to God and on the day of her Confirmation she recognized the call to religious life.

Despite worldly allurements, criticism, and derision, Frances remained steadfast in her desire to serve God as a religious. After the death of her father in 1870, she consecrated herself to the service of God and recognized her mission to establish a new religious congregation. In the petition presented to Pope Pius IX on October 1, 1873, Frances described her congregation as one whose members would model their lives on the hidden life and virtues of the Holy Family of Nazareth. Their prayers, works, and sacrifices would be offered for the intentions of the Vicar of Christ and the Church. A new congregation was born when Pope Pius IX blessed Frances and the work she would do for the Church.

In religious life, the foundress took the name Mary. The early years of her congregation were very difficult but her heroic faith and confidence eventually triumphed. Soon, with a small pioneer group of candidates, the congregation was established in Rome, Italy in 1875. The sisters devoted themselves to catechizing children, instructing converts, and conducting retreats for women. Mother Mary of Jesus the Good Shepherd, as she was known in religious life, gave herself without reserve to her sisters. As new candidates entered the congregation, the foundress opened a convent in Krakow, Poland in 1881. In 1885, she took herself and ten sisters (fully half of the fledgling congregation) to the United States where the Polish immigrants were requesting the help of religious. Convents were opened in Paris and London in 1891 and 1895, respectively. 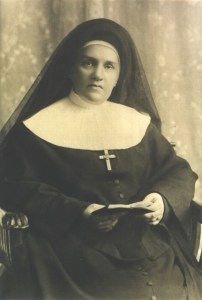 Gradually her labors drained her physical strength. She had scarcely recovered from a serious illness when she began to work again. Under these extraordinary efforts, she finally succumbed and gave her soul to God on the Feast of the Presentation of Mary, November 21, 1902, in Rome. She bequeathed to her congregation the example of her life, the Covenant of Love (the Congregation’s Rule), her letters, and her last conference to the sisters during which she spoke of her favorite subject, reciprocal love.

The life of Mother Mary of Jesus the Good Shepherd was synthesized in the motto, “Thy will be done,” which she chose for herself and also gave to her sisters. Her spiritual strength was obtained from total immersion in God, fulfilling His will, which she believed to be the essence of holiness. For her, there was no other path to sanctity. Throughout her life, she walked this path humbly and intensely, having the Holy Family of Nazareth as her model.