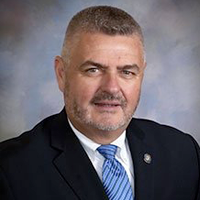 He has served several institutions during their capital campaigns. His role during the campaigns was that of being a member of the senior staff and also as a board member of several not-for-profit entities.

Mr. Nelson is a member of the National Association of College and University Business Officers (NACUBO) and the College and University Personnel Association (CUPA). He has served on several boards of not-for-profit organizations. He represents Arcadia with the Philadelphia Area Chamber of Commerce and is a Board Member of the Cheltenham Police Athletic League and Montgomery County (Pennsylvania) Economic Development Council. He serves as a consultant to several colleges and universities on finance and financial aid matters.

Mr. Nelson is a resident of Milton, Delaware. He enjoys cooking, antiquing, gardening and bike riding.